At five years old, my white adoptive mother was already asking me to choose between my race and hers. “Do you think you’ll marry an Asian man someday?” I shook my head—not because I hated Asian boys but because I’d never met one.

I was adopted into a large, white family, as the sole Asian and adoptee. The only Asians I saw were on children’s programming. I was an outsider and an observer. Racial mockery was prevalent. My sister taught me the song: Chinese, Japanese, dirty knees, look at these! Within our own home, the word ‘chink’ was thrown around without repercussion.

So when my mother asked why I wouldn’t marry an Asian man, I knew she wasn’t serious. She was waiting for the punchline: “Because they all look the same. I might take home the wrong one.” I learned how to make them smile early on, and felt it my duty as an adopted child.

When Sixteen Candles came out, I was a child. It was the first movie I experienced that had a big buzz and an Asian male. Surrounded by whiteness, I watched on as everyone laughed at the racist depiction of Long Duk Dong because he was there for that purpose. This affected me in many ways. One: I couldn’t enjoy a movie everyone loved without feeling shameful of my race. Two: I saw that my family and friends viewed Asian boys as an ugly joke. And three: I didn’t want to be with someone everyone would laugh at. It was hard enough standing out on my own.

Soon after, a Taiwanese family moved to town and one of the girls was in my class. To my surprise, we became best friends. She taught me how to count in Chinese and eat with chopsticks. She might’ve been the catalyst into my Asian American identity, but unfortunately her mother cut our friendship short, claiming I wasn’t American enough.

Being raised without positive racial mirroring + being denied by Asians + witnessing negative statements about Asians = wishing I was not Asian. I wanted to be one of the white girls the boys at school crushed on, and in the books I read or watched on TV and movies. I was the societal creation of the self-loathing Asian American—with the added burn of transracial adoption. I had no racial support.

At twelve years old, I overheard two much older white men checking me out. They said it was a shame I was probably just seventeen. I took it as a compliment, elated to be thought of as older and attractive. I didn’t realize I was entering the uglier, long-lasting phase of being seen as an exotic object.

I snuck out of town to find other kids of color. My city friends were mostly black or mixed race. I felt comfortable in their presence. They spoke of whiteness in ways I’d never heard. They recognized me as Asian rather than an honorary white. They liked my hair—instead of trying to pull it out, claiming it was a wig. Asian immigrants lived in another part of the city but we didn’t connect. I was fearful of further rejection and they didn’t mix with my friends. Boston is said to be diverse but people there mostly keep to their own.

At sixteen, I was raped. It was not handled well by me or my adoptive family. I wrote a book about life post-rape and have spoken of it quite a bit. But it’s only now that I’ll share that the rapist was black. I never specified before—not even to my family at the time—aware that some would use it to further vilify black people. I didn’t and still do not see it as indicative of black men. I only share it now for you to understand why I was reabsorbed into my old white world. I stayed in the suburbs, afraid to cross paths with him and his friends. I internalized the rape as punishment for no longer complying; for escaping whiteness. You can learn more about how the trauma of rape affected me for decades in the above referenced book. But what you won’t find is how it delayed realizing my identity outside of whiteness. Because when you’re trying to survive one terrible thing, it’s hard to focus on less urgent things.

I got married at twenty-one and again at thirty-seven. Both to white men. The first time was a deep, unconscious desire to be understood by a fellow adoptee—and saved again by whiteness. That quickly failed. And while I had several crossed wires to untangle around my trauma and racial identity, my current partnership was not influenced by white supremacy. It was a matter of timing and connecting with someone who also didn’t completely fit here or in his birth country. I won’t defend my marriage because I don’t believe I should need to. Instead, I use my experience to share the complexities and effects of racial isolation.

I hadn’t interacted with many Asian American men until around the same time I met my husband. Most of it took place online. The bulk of my colleagues and night school classmates were white. The music community I belonged to was white. Had I grown up where I live now—the Bay Area of California—things would’ve been different. For one, I’d have normalizing exposure to Asian Americans a lot sooner. When one of the few Asian men you can think of exists in your imagination as someone who might’ve raped your mother, it creates a subconscious fear. Many are prejudiced against what they don’t know, based off a few examples. I wasn’t conscious of or above that mentality until I forced myself to do some hard work, consider uncomfortable truths, and seek out my people.

I’m not ashamed to be with a white man and don’t regret my marriage. I don’t agree that we all need to marry within our own race. But if I’m honest, when I meet an Asian man that I like, I’m always wondering if he’ll judge me when he finds out—because I know the amount of Asian American women with white men is a sore spot for many. I’m a feminist and believe women do not owe our bodies or lives to any man of any race. But I believe the percentage is worth examination, and understand that less overt aspects of white supremacy have impact on us all. And I’m doing something now, as a writer, to combat part of the problem by depicting positive Asian male characters in my work.

In the Asian American community, there’s vocal competition—and sadly, harassment—over who’s got it worse. I came here to say that we’ve all got it bad. Our women have been objectified terribly with real life repercussions—too often resulting in bodily harm. We’re told our sexuality is our only thing of value, and desperate for value, we buy into it. And the media has done reprehensible damage to our men—also with real life ramifications including bodily harm. I won’t speak for them, but I’m listening because they deserve to be heard. All of us within marginalized communities should be conscious that in-fighting is another byproduct of white supremacy (and often heteronormative sexism), causing division and diluting our power.

White supremacy goes deeper than nationalism and tiki torches. It’s everywhere, seeping into daily life—often without recognition. It puts products created by and for white people in plenitude: dolls, books, film, and beyond. Representation does not equal population ratios. White is and always has been the default in the west, since colonization. It dictates beauty standards. It rewrites and omits history. It tells people of color to be satisfied with diminished and stereotypical Hollywood depictions, often featuring white saviors. It calls for diversity from agencies that are predominantly white staffed, allowing white people to ultimately decide what’s relevant and worth consuming. It labels our stories as fringe—only interesting if our color is tokenized or our culture as Other, centered around the white gaze. It perpetuates that whiteness is more deserving of everything—including love. I want us all to be conscious of this. 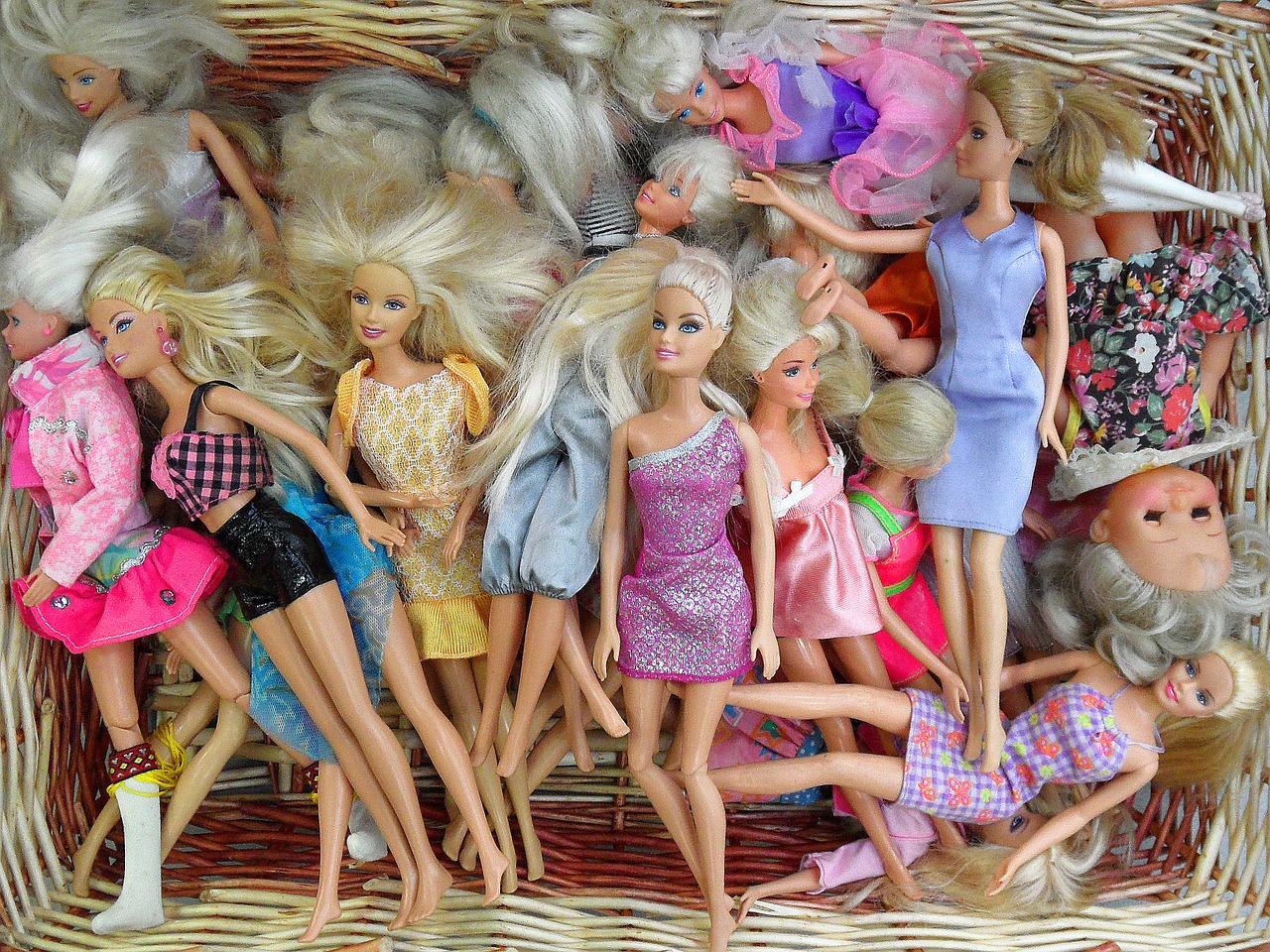 Every time I speak up about these things, I get pushback from well meaning people. They say they dream of a day where race no longer matters and we’re all blended into one. I dream of a world where we’re celebrated for both our similarities and differences, and we can appreciate them because society represents and considers us fairly, and tells us who we are is just fine.

I hope parents today think hard before raising children of color in areas where they’re one of few. Because racial mirroring matters more than media representation. You can show and tell your kids positive things about their race and culture, but if they don’t experience it regularly and see it all around them, it will always be foreign and second to whiteness.

And I hope our fellow creators of color work to combat the narratives that hurt our people. I understand that it’s hard to break through the white barrier to get things produced, but we owe it to ourselves and each other—past, present, and future.