There’s a certain type of White folk who refer to themselves as the Good Ones. Those words are tossed on like a cape meant to magically conceal and absolve racism. Whether in response to their behavior or someone else’s, they reject, deflect, and project—unaware their reactions are telling on them.

Here’s a message in line with the teachings of Ibram X. Kendi:

As much as I agree with this Tweet, it’s likely incomprehensible to those it’s addressing because:

While I’m rarely surprised these days, I’m still disappointed when a White person I thought I knew and trusted reveals themselves. They nod when I speak about race. On social media, they’re quick to call out an injustice before the affected community can. I don’t want to be cynical and call it purely performative, but it all falls apart just as soon as they fear I may think they are racist.

Ah, yes. The most dreaded R word. There’s no word more offensive to White progressives who want the rewards without valid receipts. Heads recoil as if we’re hauling out the hot iron from the fire. They can’t see that Racist needn’t be an identity but an action, belief, policy, and/or system. As soon as they smell it on the horizon, a wall goes up and nothing gets through.

Being raised as a White girl (laugh and cry with me, please) in racial isolation due to my adoption, I spent the bulk of my life around Good White Folks who swore they didn’t see color — while laughing at racist jokes and perpetuating stereotypes. Diversity was fine, as long as White was dominant by a well-padded margin. They plastered musicians and athletes of color across their walls and hearts, as proof they were down with “our people”. Yet, as soon as we stepped out of line, we became offensive and cruel; the real racists.

These Good White Folks need our compliance, yet they miss the White supremacy in that. They put on their Good White Folks badge, despite our worth to them being tied to our assimilation. They need us to steadily affirm their Good White Folks status, well-bred from a long line of other Good White Folks — or to congratulate them for overcoming their parents’ more overt racism. We must be their friend of color who didn’t find the statement, behavior, or incident racist. They center their feelings and intentions over the very real pain they have caused.

Does this mean I don’t think there are any White folks worth keeping around? Hell no. Some of my best friends are White. (Joking, but true.) The ones who understand what they’ll never fully know but still try — those are my White folks. They read books and articles that challenge their comfort. They know my experiences with and reactions to racism aren’t up for debate. They put in the work without looking for credit for not being the damn KKK. They speak out when needed, but not over us. And when they slip up, just as anyone can, they don’t re-center themselves with tears and defensiveness; they apologize and aim to do better.

But a depressing amount of the time, the pattern is this:

This is White supremacy in action. It demands our best when they’re at their worst. Despite what they say, our word choice and tone do not matter. The White ego eclipses racial injustice, and the Person of Color is somehow to blame.

The so-called Good Ones can never hold enough empathy to understand how these interactions compound our history of social injustice. Racial trauma is so raw, persistent, and seldom validated that each time it occurs, it pulls up a daisy chain of past pain from similar offenses. Yet, the Good Ones are adamant racial trauma is equal to the hurt feelings of being told they caused it.

No doubt, several White folks will think this is about them. They won’t consider the predictable patterns that align them with those they claim they’re unlike. I’ve disconnected from many disappointing Not Racists. I won’t lie. Sometimes it hurts, but it’s for the best. We shouldn’t have to hold onto anyone who makes us polish their crown as they drag us through mud.

If you’re a White person who prides yourself on being one of the Good Ones, what are you doing to make BIPOC feel safe around you? Do you think they’re comfortable speaking openly about race in your presence? Do you honor their insight and experience? What—beyond attending White-dominated marches—are you doing to dismantle racist ideas, policies, and social behavior?

Also, understand that it’s not up to you to decide how we perceive you — because that’s White supremacy, too. 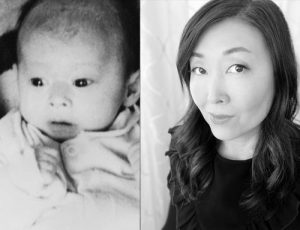